How to Inoculate Kids Against the Gospel 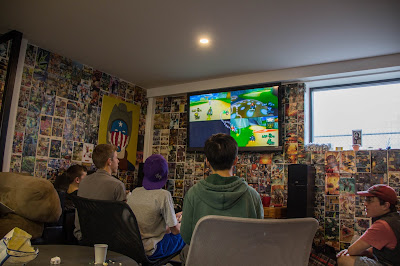 Have you heard of the concept called ‘ethnocentrism’? It is a sociological term for how people evaluate another culture solely by the values and standards of one’s own culture. In other words looking at others through the lens of our own cultural assumptions as opposed to engaging with people from other cultures to learn about their values and understanding from themselves.

We all do this, and to a certain extent it’s impossible to avoid. We must evaluate continually. But when we evaluate others and do it casually, or when we are unaware we are doing it, it can be a huge problem. I once shared a meal with a group of teens and a handful of adults. At one point in the evening the conversation progressed from silly to more serious and a few youth started opening up about their lives and their beliefs. One teen, after sharing his thoughts and beliefs, was asked by a befuddled adult: “You don’t actually believe that, do you?” Though, I don’t believe the speaker was intending to be judgmental or malicious in their tone and delivery, the young person sharing became quiet and sullen. In fact, an overwhelming majority of youth I encounter have felt, at one time or another, judged by someone in the Christian community. Often what’s led to this bad encounter started in the best of intentions. In this example, I knew this adult was sharing this meal with us because of a desire to care for youth in the community. There was excitement and passion about sharing the gospel. These are good things. But zeal to share the gospel is not enough. “It is not good to have zeal without knowledge, nor to be hasty and miss the way.” (Prov. 19:2)

We must also be zealous in loving others. This requires us to be cautious, being careful to truly listen, and not be dismissive of their beliefs. We must tread lightly with care and love. For instance, a simple way of rephrasing the question would be to ask, “How did you first come to understand what you believed?” It opens the door to conversation instead of a potential confrontation.

We don’t want ‘the name of God [to be] blasphemed among the Gentiles because of [us]’ (Romans 2:24); We don’t want to be another story of one of ‘those Christians’. When I have discovered that I have, yet again, been careless by wanting to be heard (or worse, be ‘right’) I wonder if my actions have inoculated another against the gospel.

I don’t think evangelism is about giving answers to questions no one’s asking. Rather, I think it may mean simply being ‘ready to give an account for the hope you have’ (1 Peter 3:15). Last night, a young person asked me ‘What is the meaning of life?’ I had been patient. I had waited. And I was ready. I had spent a lot of time with this young person. I had learned more about how they think and what they value. I answered: “To be united, in love with God.” Their next question was, “What is union?” They were genuinely curious. I continued, “it’s like when two people are married, and they love each other so deeply that it’s like they cease to be two people. They begin to talk and think the same way. It’s like that.” Because I had taken the time to listen to their beliefs and understandings of life, they were then willing to listen to mine. In the midst of this I taught them through example, how to get past ethnocentrism and how we can learn from and value each other. It was a question worth waiting for.