The Art of Coaching

This past year I was involved in coaching my son’s little league baseball team. I enjoyed developing a sense of team with these young and energetic boys.  There were also times when it could be frustrating that the boys seemingly forgot the skills that we practiced and have them completely forget these things during the actual game. As the coach, I could not play the game for them. Despite the practice, and the plans I made, the reality was that the actual outcome was out of my control.  I felt at times as though being a coach was little more than being a spectator with a better seat.

Perhaps there is someone in your life for whom you are in a coaching role.  It could be a co-worker, a child, a friend, a client or anyone else.  How do you handle it when you see things slipping out of control?  Do you rush in to save the day or do you let them fail?  Do you lecture them about responsibility or let them face the natural consequences?

How is that working?  How are they responding to you?

If what you are doing is working, please contact me.  As a youth worker, as a boss and as a parent, I need to learn all I can. In the meantime, here is what I’ve learned. First off:  Remember – it is their game, their life, their situation and ultimately their decision on how they will react.  My job as a coach is to work on how I will react and conduct myself when addressing the situation.  And to be a good coach, it needs to be addressed.  If it is ignored, you are not a coach - you are a fan.  A fan can cheer, complain, and criticize, but a fan is not a coach.

Pete Carroll, the coach for the Seattle Seahawks, implemented something called “tell the truth Mondays” in which he can say the hard truth about his team’s performance from the game on Sunday. Carroll says this is so, “they can move forward together and be clear with what needs to be worked on”.  After Monday they can put the past behind them and concentrate on the future.  What a great coaching plan.

For whomever you are coaching I think it is critical to be able to “speak the truth in love” as the apostle Paul in Ephesians 4:15 coaches us on working together.  Gain tools for becoming a better coach and a system for making sure you come back to them regularly. Here is a simple template I use in my life as a coach:

In a paragraph or less directly identify the issue you want to address with specific examples. Describe the impact it had on you or the outcome and why it matters, take ownership of your part in the mess (after all, maybe the problem was bad coaching) and come up with ideas that they can act on so they can move forward and be clear about what needs to be worked on.

Let me know your thoughts. 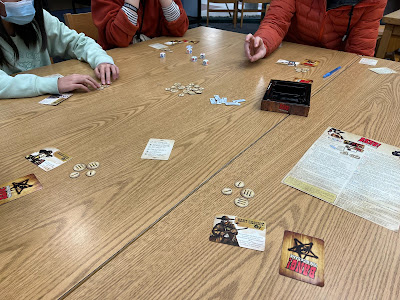