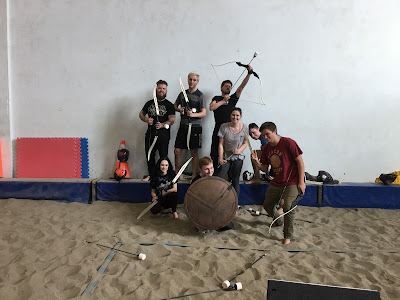 “I used to want to save the world, this beautiful place.
But the closer you get, the more you see the great darkness within.”

The above quote comes from the opening lines of the new Wonder Woman movie and I found myself connecting with the sentiment.  When I started in this role with Youth Unlimited I felt that I could change the world.  I felt that the mission was simple and I just needed to be brave enough to do it. I remember a defining moment back in 2003 when I saw a young person walking down the street suddenly rage, throw his back pack down on the street and kick a fence panel down at a house along the street.  I did not know this young guy, but I pulled over and talked with him, brought him to McDonalds, fed him and brought him back to the school with the task of confessing to his wrong doing or I would.  I called the school later and they assured me that they had connected with the student and were resolving the issue.  I had never done anything like that before and I realized that my role as a youth worker was so much more than preparing games and a lecture at the weekly youth group that I ran.  I felt that I had something to offer to help change the world outside the walls of a church.

Now, fourteen years later, I have realized it is not all as easy as going to McDonalds and repairing fences.  There is some dark stuff out there and I have often felt like I was in over my head.  I have witnessed youth living through abuse, those that were recruited into the sex trade, visited young people in jail, watched the ravages of addiction on individuals, wept over those kids that chose to end the pain through suicide. Not only is it hard to know how to respond, but often times youth and their families seemingly have no desire to change.  This is especially true as I see what sort of things youth do to try to cope with all this confusion - from cutting, self-mutilation and addiction, to those that deal with their victimization by becoming the offenders themselves.  Just this week I saw a former youth’s picture posted in connection with some heinous crimes. As someone who is supposedly tasked with the mission of bringing hope, I often have struggled to find hope myself.

It is no wonder that many in this generation are struggling with their purpose and identity.  When there is no stable ground in their lives then they have to question everything, down to the core of who they are and why they exist.  This reality makes me extremely thankful that my upbringing, though not perfect, was consistent and loving.  It gave me a foundation to build on.  I am not the same person I was when I started.  In fact, the biggest individual transformation I have seen in my career here at Youth Unlimited has been my own.  I have a much deeper appreciation for Jesus.  Not just for his work of salvation, but for his way of life, his way of peace and his way of love.  It is true, the closer you get the more you see the darkness within, but “in him [is] life and that life [is] the light of all mankind.  The light shines in the darkness, and the darkness has not overcome it.” (John 1:4-5)

Those of you reading this are a part of the network that keeps me sane in the midst of this insanity. Your words of encouragement keep me motivated to continue, your prayers remind me that my source of strength comes from beyond myself and your gifts of your finances or resources ensure that I do not need to worry about my needs as I care for the needs of others.  Thank you being a part of this on-going saga that is life.